The story of a baby girl born with a challenge and developed an incredible ability to fight with a smile! 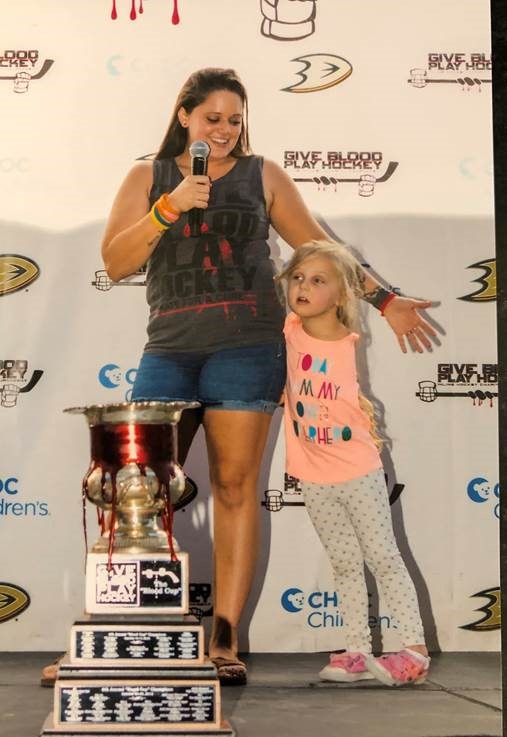 Scarlette Rose is the happiest 5.5 year old you will ever meet! She is constantly smiling and laughing despite all the difficult times she’s been through.

Scarlette was born with an abnormally large left arm. It measured approximately 3 times the size of her right arm. She has been diagnosed with Undifferentiated High Grade Spindle Cell Sarcoma. She has a “precursor” in her body that mutates into cancer. Doctors are saying that her case is so rare that books will be written about her!

She has been through 21 surgeries, spent over 225 days in the hospital, had 9 rounds of chemo, countless blood draws, and numerous invasive tests. Though chemo helped shrink the cancer, amputating the entire area that contained the cancer was the only option we had at saving her life.

In October 2014, we went to the Mayo Clinic in Minnesota. They removed her left arm, shoulder, clavicle, scapula, and all the surrounding tissue and muscle from mid chest, to her spine. They used skin grafts from her thighs and silicon to cover the wound. October 31st, 2014 she was considered cancer free! Though we will have to continue to monitor and scan her for the rest of her life. In November 2015, we placed skin expanders in her torso that expanded the surrounding skin, her old skin grafts were removed, and her skin healed completely! She had her final surgery in March 2016!

October 2019 she will be 5 years cancer free! She is now a big sister, loves to play with all her chickens and cats, and has such a love for life!

She is always brightening everyone’s day with her infectious smile and is happier than any kid that hasn’t suffered her battle. She is endlessly energetic and has music in her soul. We are so excited that her treatment is finally over! Scarlette is a fighter and a survivor and she continues to show the world that you don’t need two wings to fly!