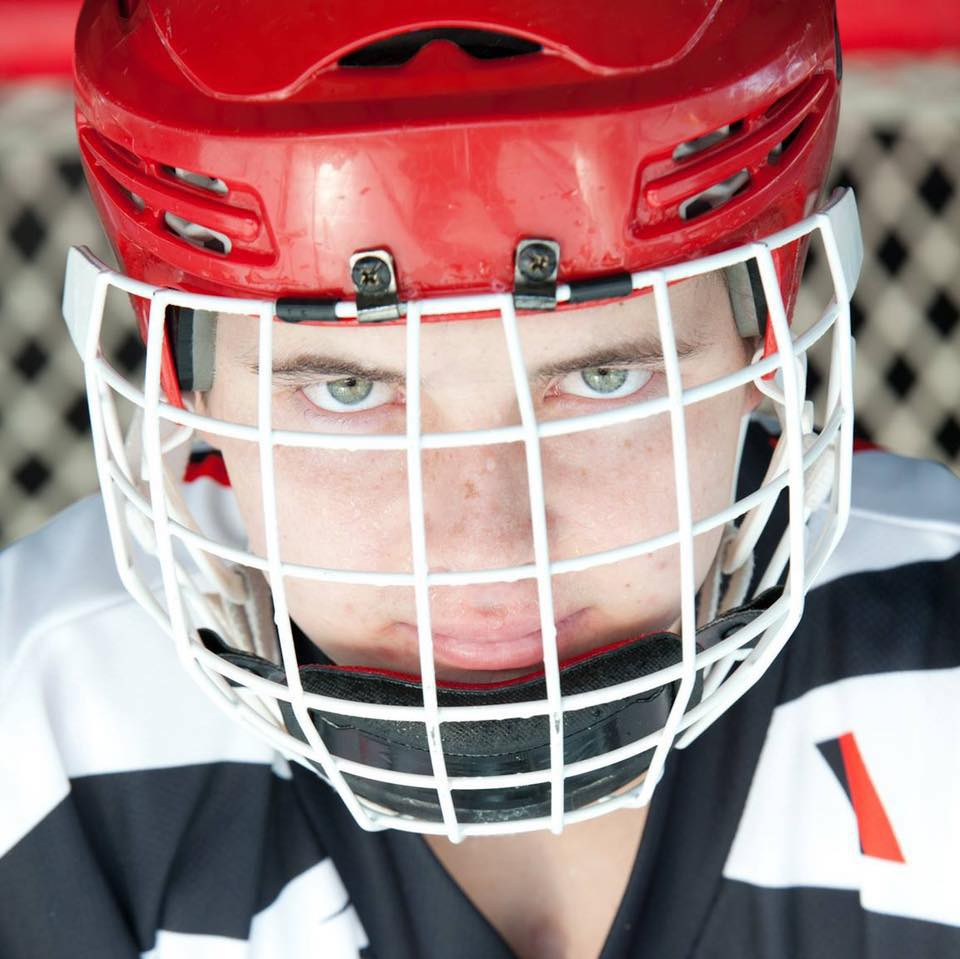 Casey started playing roller hockey when he was 6 at what was then called Gretzky’s and is now The Rinks Irvine – Inline. He also played AYSO and club soccer and Little League Baseball until he was 11. When he was 12 he decided he only wanted to play hockey and was club level since the age of 10. He went to Canada at the age of 10 for the national tournament and received 2nd place in the fastest skater competition, he was defeated by a 12 year old girl who was about a foot taller than Casey. It was very exciting. At 14, he started to volunteer at The Rinks, so at 15 when they had a position available he applied and got the job. His job was mostly teaching 4 and 5 year olds how to skate and play hockey. He worked there until May 2013 when he was not well enough to continue.

He was nicknamed “The Game Changer/Life Changer” by one of his coaches for his dedication and hard work on and off the rink. His passion for the game was not seen by many his age, therefore he stood out. In 2011, he started to play ice hockey in between chemo treatments and surgeries. He continued in 2012, were in his second season he was a member of the Jr. Ducks and he loved every minute.

Casey had an unaffected way about himself. Although everyone around the hockey rinks knew or knew of him it was important to him to be himself and he wanted to be treated like everyone else. He loved being a part of a team. He didn’t want the individual attention. He wanted his teammates to share everything with him.

He gravitated towards those who treated him like he thought of himself and that was simply as a young guy who loved playing hockey. We were the ones who thought of him as brave and courageous. Not him however…. He saw himself as someone who just wanted to get back out there and play hockey.

Casey Strale was all about passion and inspiration, in whatever he chooses to do and the people with whom he chose to spend his time. He did not want to be the kid with cancer, he just wanted to be a normal kid and not dwell on the monster growing in his body. Therefore he would skate, as often and anywhere he could, hockey was his first love. The point here is to find your passion and live life large. That is what Casey would want for his friends and family, because that was who he was and he was happy, despite what was happening to him. When he was on the rink there was no cancer, no pain and no worries. Just a boy, a stick, a puck and a net.

He will be greatly missed by everyone who knew him or knew of him. He will be remembered for his freckly grin and his gentle, caring demeanor. He was a loving son and brother, caring friend and revered teammate. He was a dedicated student and athlete and displayed a maturity well beyond his years. His courageous and miraculous battle against cancer and positive attitude towards life was an inspiration to everyone, whether you knew him or not. Casey Strale passed away peacefully at his Irvine, CA home on June 24,  2013 with family and friends at his side. Game Changer, Life Changer.

Casey’s family and friends began Casey’s Cup to benefit ACC Research at Tgen. Save the date for this year Casey’s Cup. We skate into action in Casey Strale’s honor & memory for cancer research, treatment & quality of life on Saturday, April 13th, 2019 at Great Park Ice & FivePoint Arena, 888 Ridgevalley Irvine, CA. Sign up or make a donation at: http://tgen.org/caseystrale.

Saturday, April 13, 2019 at 8 AM – 8 PM. We hope you will also join us with family and friends for a day 3v3 cross ice hockey to raise funds to benefit Adrenocortical Cancer (ACC) Research at TGen. ACC is a rare cancer of the adrenal cortex that affects only 1 to 2 people in a million. TGen scientists and physicians are dedicated to better understanding the molecular basis of this cancer, and using that knowledge to identify new therapies to treat and eventually defeat, this rare and deadly disease.